Korean films are on a roll! During the past year, we are sure you’ve checked out at least one Korean movie, be it because of hype or you are actually interested in the film. Award-winning films like Parasites and internationally famous ones like Train to Busan or Squid Game have people turning their heads and wondering what’s coming next.

But we have a tip for you. South Korea’s film industry is insanely famous for thriller movies. And if you are a sucker for that, we have listed the top Korean thriller movies for you to binge-watch!

Here are some Korean thriller movies with a cult following that we are you’d love as well!

At this point, who hasn’t watched or heard of the Korean movie Parasite? This famous South Korean thriller film received 4 Oscars for best director, screenplay, picture, and international feature film. The movie tells the story of Gi Woo and his poor family. One day, Gi Woo was employed as a tutor for a rich family and takes this chance to slowly employ the rest of his family members in the same house.

A zombie thriller movie that’ll have you at the edge of your seat and will also pull a bit on your heartstrings. Train to Busan is about fund manager Seok Woo who boards a train to Busan from Seoul with his daughter. However, their trip quickly turns worse when a virus breakout threatens to turn everyone into a zombie.

If you love thriller movies that have you questioning until the end, you need to watch Forgotten. The story revolves around Jin Seok who moves into a new house with his family. His elder brother is abducted in front of him, however, returned 19 days later with no memory of the incident. Jin Seok tries to reveal what has truly happened.

I Saw The Devil

Taking revenge is a popular thriller trope and I Saw The Devil is one of those movies that focus on brutal revenge. The film shows a dangerous psychopath killing a woman. Her fiance Soo Hyun is a secret agent that decided to track the murderer himself. He catches him, beats him, and sets him free. From then on, the game of cat and mouse ensures.

A Hard Day is a good mixture of suspense, mystery, and action. So if you are into that, you better watch this Korean thriller movie. It shows a detective crashes a man on the road and kills him while driving to his mother’s funeral. Afraid of the verdict of the authorities, he tries to get rid of the body but it is witnessed by someone and is threatened.

The Highest Rating Korean Dramas of all Time

A Tale Of Two Sisters

If you are a horror fan, then you will love this movie. It’s confusing at first but the story slowly unfolds. A Tale of Two Sisters tells the story of two sisters whose mother is dead. They return home to a mental hospital and are welcomed by their stepmother and father. However, the stepmother always harasses them. Supernatural things happen.

Time to Hunt is a dystopian crime drama set in the fictional future of South Korea. It was set after the country’s financial collapse and tells the story of a group of friends robbing an illegal gambling house and stealing thousands of dollars and eliminating footage. The people behind the gambling house hire a hitman to kill the group one by one. 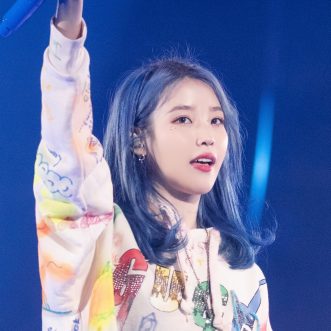