These hard times call for good music and what better way to cheer ourselves up by listening to the new releases of 2021! The world paused for a bit, but Kpop artists didn’t. Despite concerts and fan meetings put on hold and music shows adhering to strict guidelines, these didn’t stop the top Kpop starts to put out new music for everyone. You can also read ‘Money Heist’ Season 4 Recap by click here

If you are looking for the best Kpop releases of 2021, check it out below.

BTS is back and good as ever as the group releases their second English-language single. Butter is a summer anthem, definitely perfect if you are planning to strut downtown in your summer OOTD or if you are daydreaming for a night out with friends at sweaty bars.

Though the group is famous for deep messages embedded in their songs, it doesn’t hurt to release one great song that can make you forget about everything and just dance.

A queen is back and she has a lot to say! Chung Ha’s Bicycle is a song that’ll give you a boost of energy. It’s catchy and Chung Ha’s unique voice spoke of empowerment and leaving everyone else as you speed it off.

Day6 is probably everyone’s favorite band. The band sings songs that capture the deepest emotions we have as humans, especially with their inhumane vocals and the group’s perfect dynamics with their instruments and with each other.

Their song “You Make Me” spoke of a thriving life filled with anxiety, but a silver lining waits with hope and trust. If you need a little pick-me-up during these trying times, definitely a song you should listen to.

A bittersweet song that talks about fate. Heize’s Happen is sure to tug your heartstrings, more so when we get to listen to her versatile vocals and an upbeat bassline.

Seventeen’s performance team leader solo mixtape is such an elegant but theatrical piece. It has a sultry and sensual vibe as the song speaks about a man unable to escape a spider-like love. The song’s choreography is captivating, soft but precise, and choreographed by Hoshi himself.

This release has the fans anticipating who’s going to release a solo next!

IU has been dominating charts for a very long time. She debuted in 2008 and the world has watched her grow from a simple teenager to a singing sensation. A monster on the charts, IU has truly cemented her name in the industry.

A decade into the Kpop industry has IU singing a song that concluded her coming-of-age story. It’s a call out to her twenties and a celebration of what life has brought her.

The most fitting song for the gentle Wendy. Like Water extrudes comfort and warmth from the very first tune to the very last lyric. Wendy’s soothing vocals and uplifting lyrics have successfully captured the hearts of the world. A very simple song, but its meaning hits home.

B.I is back as a solo artist with a heart-tugging song “Illa Illa” or titled haebyeon or “beach” in Korean. It’s an aching song that compares his tears to the ocean. The song is a wonderful combination of B.I mellow vocals and rapping. And did we mentioned it has some piercing lyrics, too? “Illa illa” is not just a song, it’s a story, and B.I have proven himself to be an excellent storyteller and songwriter.

EXO’s Baekhyun has released continuous hit songs since his solo debut. And before his military enlistment, he has one last gift for his fans! Though the lyrics contain words such as “Tinkerbell”, “fairytale”, and “Neverland”, don’t let it fool you. It’s from being a soft fairytale-like song.

Baekhyun sings of someone who he refers to as “Bambi”, where he tells the story of wanting to spend time with his lover.

Ever heard of two songs in one song? Not yet? Well, take a listen to aespa’s Next Level. The song’s structure is not commonly found in the industry but the girls make it work and it is a welcome variation amongst the rest. It’s preppy and snappy and we are sure, in no time, you’ll find yourself dancing to the addicting song and dance. 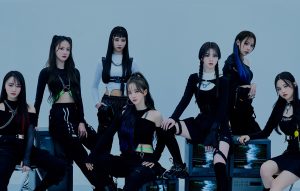 The Rookies of Kpop! New Kpop Idol Groups to Watch Out For this 2021 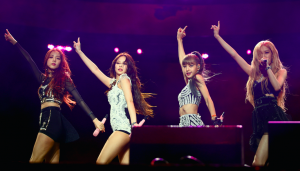 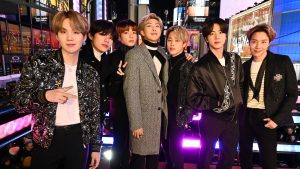