The South Korean film industry is currently chock-full of zombie movies and we are all eating it up! Starting with the 2016’s hit film Train to Busan, filmmakers have never stopped releasing thrilling, nerve-wracking, and insanely good zombie movies and series. With tons to watch, we’ve rounded up the best Korean zombie movies you can binge-watch right now!

One of the best things about Korean zombie movies is that it’s not the usual scary, flesh-eating monsters out to get and cripple the population and the world. What we noticed about watching tons of this genre is that aside from being apocalyptic, it also tackles different social issues like harsh class structures, using technological advances for evil, or the collapse of society.

In this article, we’ve listed the top Korean zombie movies that you need to watch!

Seok-woo, a divorced father, along with her little daughter, Su-an, boards a train to Busan to visit her mother a visit. However, onboard the same train is an infected stowaway, putting compartments after compartments succumbing to the zombie epidemic and putting the whole train in survival mode.

The Peninsula is a standalone movie but is told in the same storyline as the Train to Busan.

For four years, the world has isolated South Korea and no one was able to get out of the country. Jung-Seok is a former Marine Captain that is filled with guilt and he accepts a suicide expedition to retrieve a truck carrying $20 million in cash, alongside other fortune hunters. The destination of the said truck is in the zombie-infected city of Incheon. Aside from flesh-eating enemies, Jung-seok also faces a group of mercenaries headed by Sergeant Hwang called the Unit 631.

Alive tells the story of a gamer who is stuck inside his house while a zombie apocalypse occurs outside. As days go on, there is no sign of the situation getting any better and he is running out of food. He makes contact with his neighbor and together they plot an escape that’ll lead them to the rooftop of their building for the military to rescue them.

Goksung is a small, rural community, located in a damp mountainous region that is surrounded by demonic activities. Horrible murders take place and an unexplainable outbreak devastates a once-peaceful village. Police sergeant Jong-goo’s only daughter Hyo Jin is showing signs of the illness. The story levels when a newly-arrived stranger is suspected to have malicious supernatural powers.

Breaking off from thrill and horror, The Odd Family: Zombie for Sale which was released in 2019 was a fresh take on the usual zombie-genre movies. It tells the story of the broke Park family who makes money by creating car accidents living off of the cash they get from drivers who think they caused the wreck. However, a pharmaceutical company is reaping the consequences after a drug trial goes wrong. Their volunteers have turned into flesh-eating zombies with one escaping from the facility and have taken shelter in the Park family’s gas station. The twist comes when the family discovers that the zombie bite makes someone feel younger and healthier.

If you love Game of Thrones (but with more zombies!) then you will love Rampant. The current king is seen to be submissive to the neighboring Qing empire while the war minister plots a coup to overthrow him. Come in Lee Chung, a prince thrown out of the succession line and is living in the Qing empire. 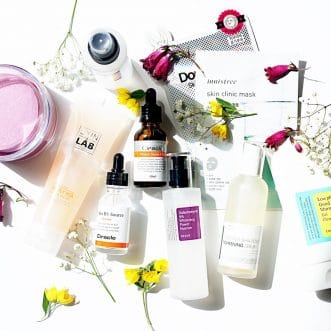