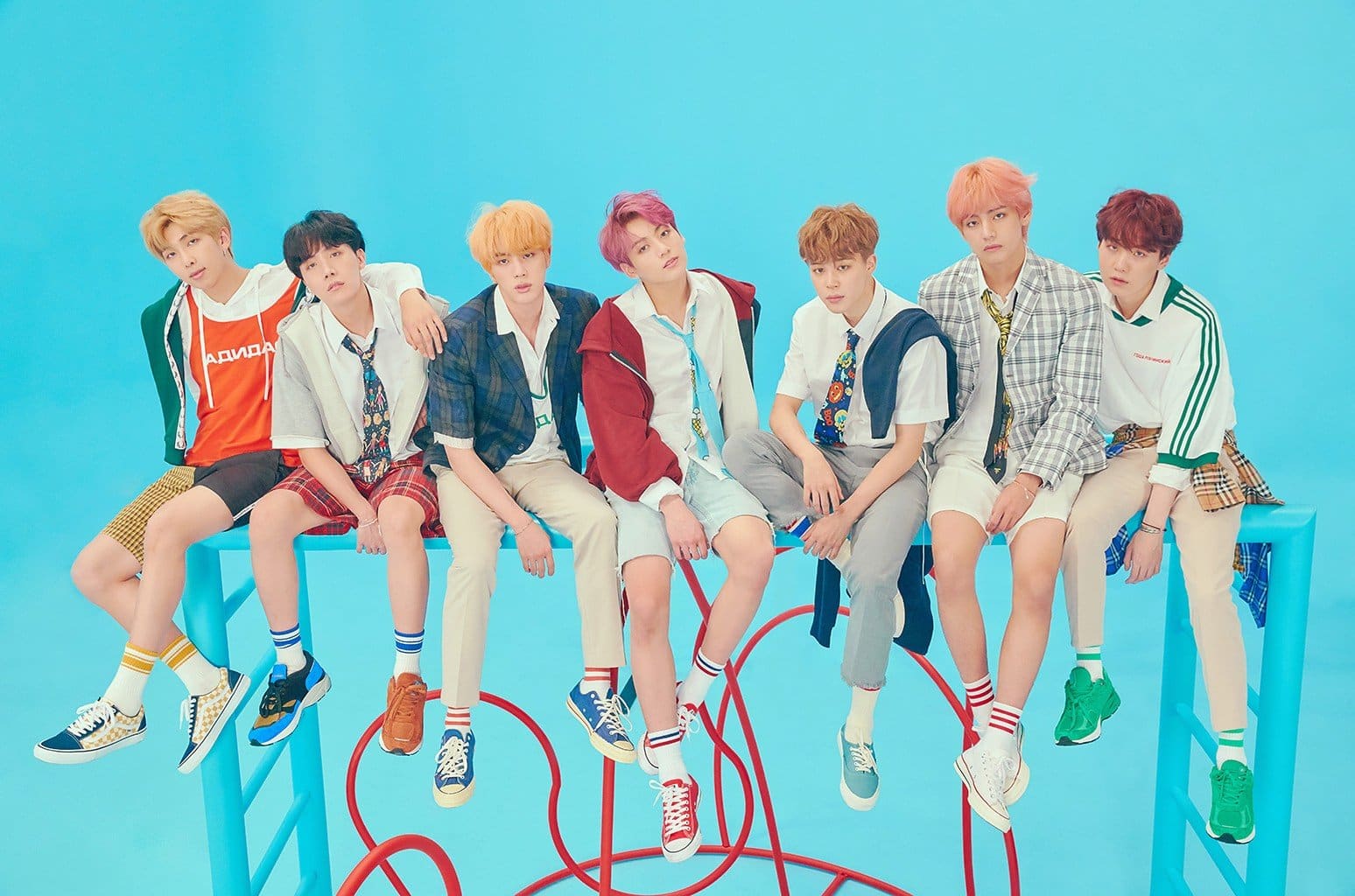 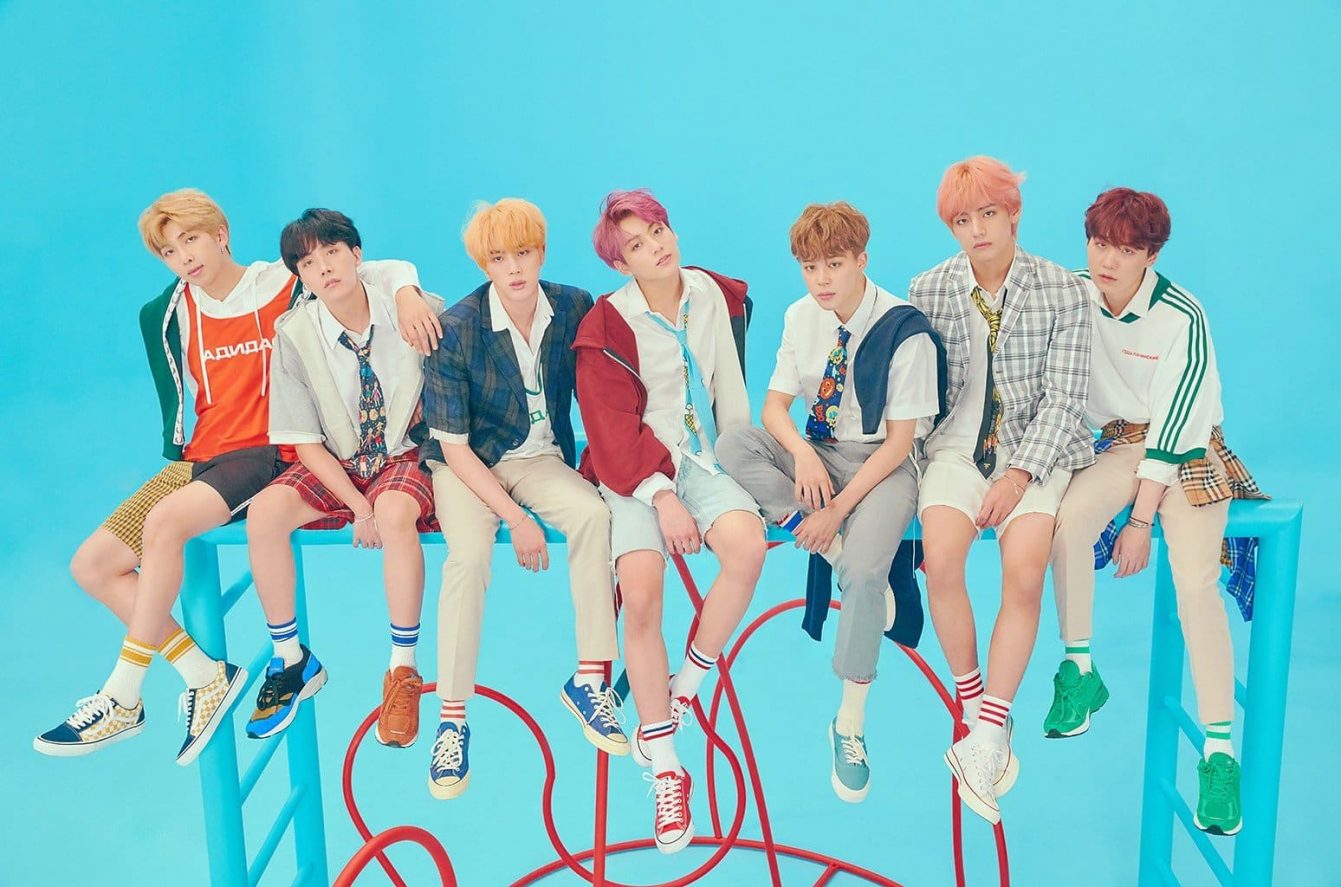 Boy bands have always been a big craze ever since with the likes of Backstreet Boys, NSYNC, The Jonas Brothers, and One Direction. You could never go wrong with a boy band.

The latest craze now is adding up Korean to the boy bands, and you’ll have Korean boy bands.

What is Korean boy band?

They are a group of boys that is formed by a Korean agency. But not because they’re formed by a Korean agency, means that they’re all Korean. Korean groups can actually be made up of different nationalities like Japanese and Chinese. The whole world has been on a Korean craze these past few years. And it doesn’t even stop with Korean boy bands. There are also Korean girl groups and Korean dramas or K-Dramas. If you’re reading this right now, you may be someone who is following this latest craze or trying to follow in with this Korean wave. Don’t you worry about that, this article will help you know more about Korean boy bands and some facts that will make you want to listen to them.

Korean boy bands have become a big trend since 2017. Korean groups are known for singing and dancing heavy choreography at the same time. Ever since then, Korean agencies have never stopped in producing new boy bands every now and then. You’ll be left behind by how fast the list of boy bands keeps increasing.

Luckily for you, we made this article so that you’ll get to know more about the top 10 most popular Korean boy groups today. 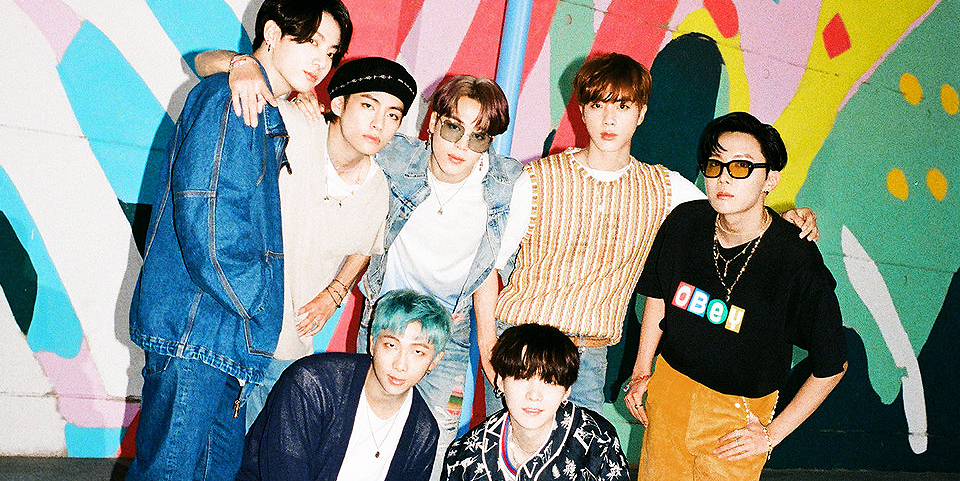 BTS (Bangtan Sonyeondan), also known as Bangtan Boys is a Korean boy band formed in 2010 by Big Hit Entertainment. The seven-membered group made their first debut on June 12, 2013 with their song “No More Dream”. Their name comes from the Korean expression Bangtan Sonyeondan which means “Bulletproof Boy Scouts.” They currently have seven members (by age): Jin, Suga, J-hope, RM or Rap Monster, Jimin, V, and Jungkook. All of their members are Korean. This group has already released 4 Korean studio albums and 4 Japanese studio albums.

They co-write, produce and compose their own songs. Their music style is fusion style that is mostly hip hop because of Suga and RM’s influence. They have a lot of sure fire hits such as DNA, Fake Love, Mic Drop, IDOL and their latest single Black Swan. Their fans are called ARMY. BTS is a group that I’m sure will fit everyone’s taste in music.

EXO is a Korean boy band created by SM Entertainment in 2011. They made their first debut on April 8, 2012 with their hit single Mama. The band’s name EXO was taken from the word exoplanet which is a planet outside the solar system.  This group is made up of two subunits because SM wanted a group that can promote their songs in China and Korea simultaneously. They specifically chose members that are Korean and Chinese. EXO Main is made up of 13 members: 9 that are still active and 3 members that already left.

The first one is EXO-K or EXO-Korean with members Suho, Baekhyun, Chanyeol, D.O., Kai, and Sehun. The other one is EXO-M or EXO-Mandarin with members Xiumin, Chen, Lay, Kris, Luhan, and Tao. Their 4 Chinese members are Lay, Kris, Luhan, and Tao. Ever since Tao, Kris and Luhan left the group, the two sub units usually were performing as one as EXO Main. Suho is the leader of the original EXO-K and now the leader of the EXO Main. Kris was the leader of EXO-M when he was still a member of the group.

This group already has 6 Korean (and Mandarin) studio albums and 1 Japanese album. EXO are considered to be a vocal powerhouse for many people in the K-Pop Industry. They are known to be “Kings of K-Pop” and “Nation’s Pick.” Their music is very diverse in terms of style and they are highly praised to be mixing up different styles in one.  They have a lot of popular songs such as Tempo, Growl, Koko Bap, The Eve, and Call Me Baby. Their fans are called EXO-Ls. 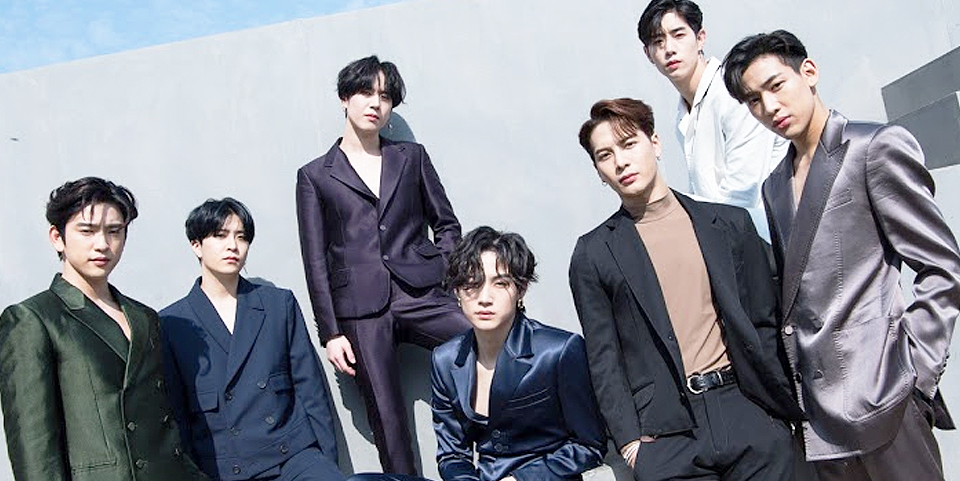 GOT7 is a Korean boy band created by JYP Entertainment. This boy group made their debut in January 2014 with their debut single “Girls, Girls, Girls.” Their name is inspired from the best-selling first generation group g. o. d. where JYP (the agency’s president) was supposed to debut as a six-member group called Got6. They used the number 7 as a representation of the number of members and luck.

They currently have seven members (by age): Mark, Jackson, JB, Jinyoung (formerly known as Junior), Youngjae, Bambam, and Yugyeom. Not all of their members are Korean. They have a mix of Chinese(Jackson), Thai (Bambam) and Korean. JB is the group’s leader. This group already has 5 albums. They are described to be a hip hop group that incorporates martial arts tricking and b-boying displays in their performances. Some of their hits are if you do, Eclipse, Just Right, A, and Lullaby. Their fans are called iGot7 or AhGaSe in Korean.

GOT7: NOT BY THE MOON 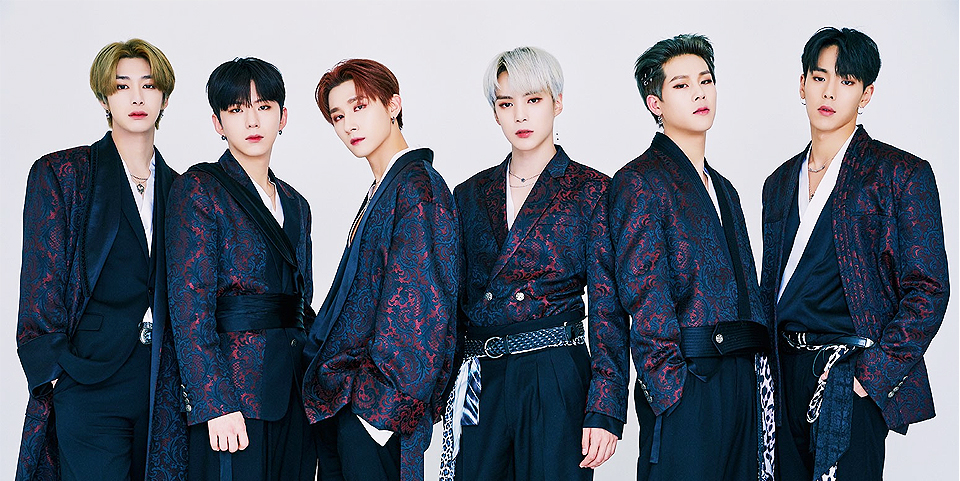 MONSTA X is a South Korean boy band formed back in 2014. The group is a result of the survival reality show launched by Starship Entertainment and MNet called No Mercy. They made their official debut on May 14, 2015 with the song Trespass. Their name Monsta X has two meanings. First is the literal meaning of “monsters conquering the K-Pop scene.” The other meaning is “My Star.”  This is the meaning because Mon is French for my while X symbolizes something that exists that is still unknown.

Monsta X currently has 6 members: Sohn Hyun Woo (Shownu), Lee Min Hyuk (Minhyuk), Yoo Ki Hyun (Kihyun), Chae Hyung Won (Hyungwon), Lee Joo Heon (Joohoney), and Im Chang Kyun (I.M.). They used to be a group with 7 members but due to controversies, Wonho left the group on October 31, 2019. Shownu is the group’s Leader. Monsta X has already released 3 Korean albums, 2 Japanese albums and 1 English album. Their described as a group that has strong and edgy tracks which represents their unique personality. Some of their popular songs are Find you, Follow, Who Do U Love?, Play It Cool and Special. Their fans are called Monbebe. 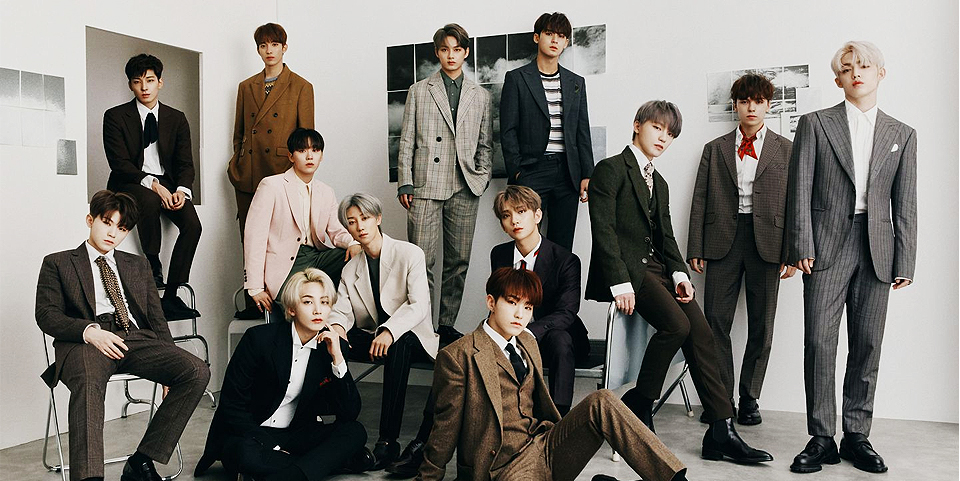 SEVENTEEN or SVT is a South Korean boy band created by Pledis Entertainment in 2013. They appeared in a show called Seventeen TV and Seventeen Project: Big Debut Plan prior to their debut. They made their official debut on May 26, 2015 in a one-hour live showcase televised by MBC. This group has 13 members: S. Coups, Jeonghan, Joshua, Jun, Hoshi, Wonwoo, Woozi, DK, Mingyu, The8, Seungkwan, Vernon, and Dino.

They have 3 sub-units with their own area of specialization: Hip-Hop unit, Vocal unit, and Performance Unit. Their Leader is S. Coups and he’s also the Hip-Hop Team Leader. Hoshi is the Performance Team Leader while Woozi is the Leader for the Vocal Team. Seventeen has already released three studio albums. They are known for mixing up their style with a bit of R&B, EDM, synthpop, and hip-hop. Some of their big hits are Oh My!, Hit, Home, Thanks, and Very Nice. Their fans are called Carats. 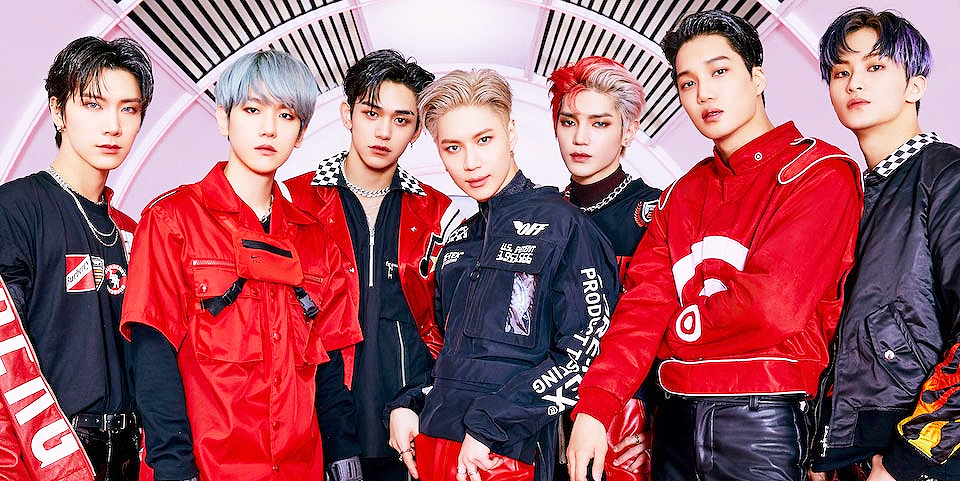 SuperM is a South Korean boy band formed by SM Entertainment and Capitol Music Group in 2019. They made their first official debut with their self-titled EP and hit single “Jopping” on October 4, 2019. The group is made up of 7 members from four different boy bands of SM Entertainment. The M in their name stands for Matrix and Master because each member is already an established star in their respective groups.

They were also described as “The Avengers of K-Pop.” It was explained as each Avenger has their own group but Iron Man, Thor and Captain America had their own movies but together, they have an even greater synergy. The members are Taemin from Shinee, Baekhyun and Kai from EXO, Ten and Lucas from WayV, and Taeyong and Mark from NCT 127. This group has 1 EP with 7 top charting songs that debuted at number 1 on the Billboards 200 albums chart. Their style is dance pop and hip-hop. They are yet to think of a fan base name. 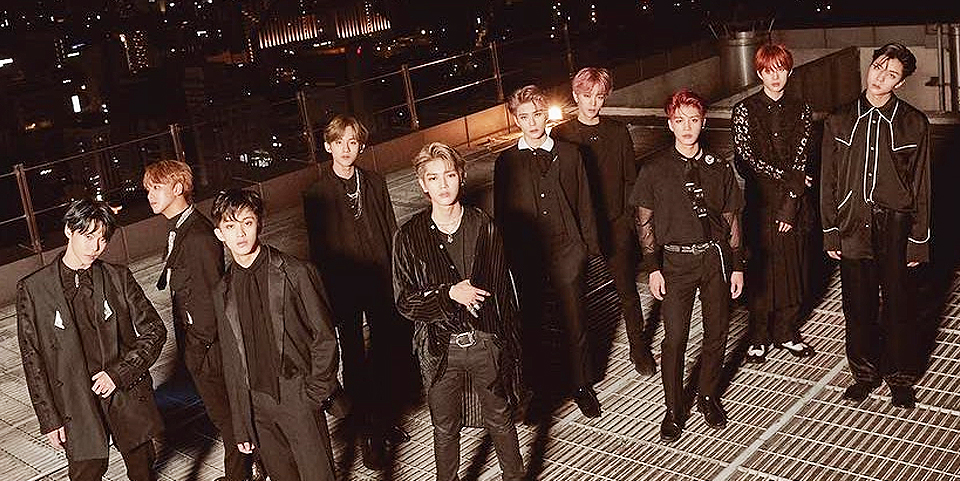 NCT is a Korean group created by SM Entertainment in 2016. Their name stands for Hallyu localization project called Neo Culture Technology, a term used to describe the group’s concept. NCT has a total of 21 members divided into four different sub-units based in various cities worldwide. 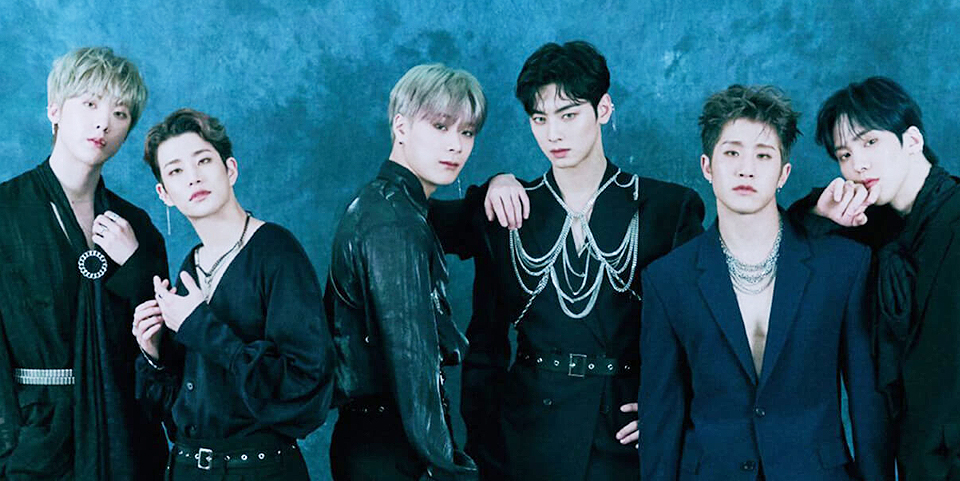 BTS Reveals Original First Impressions of Each Other

ASTRO is a Korean boy band formed by the agency Fantagio in 2016. They were a part of Fantagio iTeen, a rookie development program that aired in 2015. They made their official debut on February 23, 2016 with their hit single “Hide & Seek.” This group has six members: Jinjin, Sanha, Eunwoo, MJ, Moon Bin, and Rocky. The group’s Leader is Jinjin. ASTRO already has 1 studio album and 10 extended plays.

They are known for their R&B style mixed with electro pop and synthpop. They have a lot of hits such as Breathless, Baby, Always You, Should Have Held On To You (Again), and Knock. Their fans are called Aroha which means “Astro hearts all fans.” 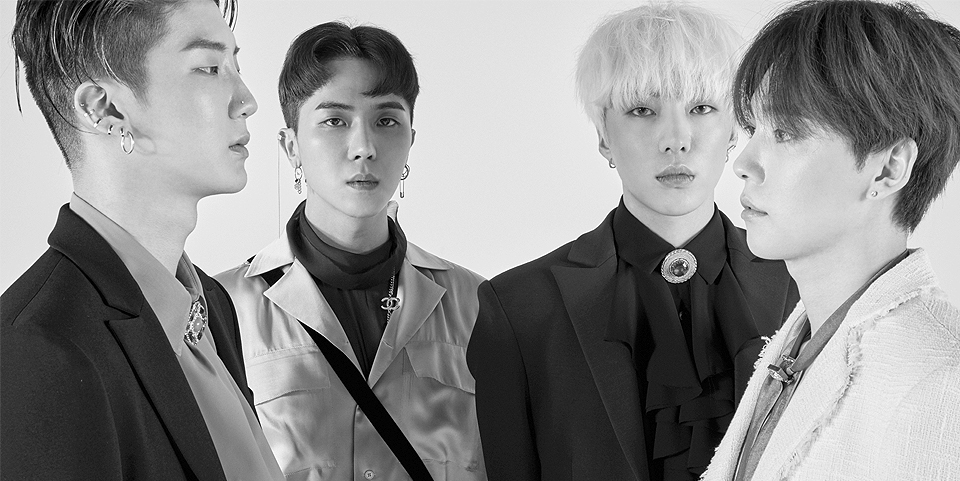 WINNER is a Korean boy band formed by YG Entertainment in 2013. The members participated in the MNET survival program WIN: Who Is Next. This is also where they got their group name. The group made their debut on August 17, 2014 with their studio album 2014 SS. The Korea Herald called them “Monster Rookies.” Winner has 4 members: Mino, Seunghoon, Jinwoo, and Seungyoon (the group’s leader).

They used to have 5 members but Taehyun left the group due to his mental health and well-being. The group has already released 3 albums to date. They are well known for their funky and playful style of music. They’ve created a lot of hits such as Hold, Soso, Ah Yeah, Really Really. and Fool. Their fans are called “Inner Circle” which means the core or heart of the group, an exclusive circle.

Stray Kids or SKZ is a Korean boy band that was put together in 2017 by JYP Entertainment on a reality show with the same name as the group. They made their official debut on March 25, 2018 with their hit debut single “I Am Not.” This group has eight members, Lee Know, Han, I.N., Felix, Bang Chan (the group;s leader), Hyunjin, Seungmin, and Changbin. They used to have nine members but Woojin left because of undisclosed personal problems back in October 2019. They are known for their hip-hop and electronica style. They only have one album to date but they have a lot of extended plays. They also have hit songs such as Hellevator, Beware, District 9, Grow Up, and God’s Menu. Their fans are called STAY from the context “Where Stray Kids STAY.” 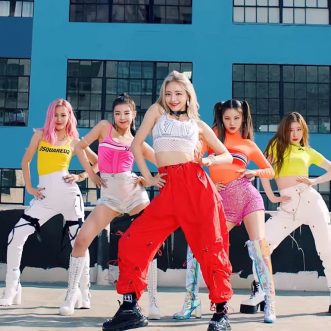 A Complete Guide to K-Pop
We use cookies to ensure that we give you the best experience on our website. If you continue to use this site we will assume that you are happy with it.OkPrivacy policy