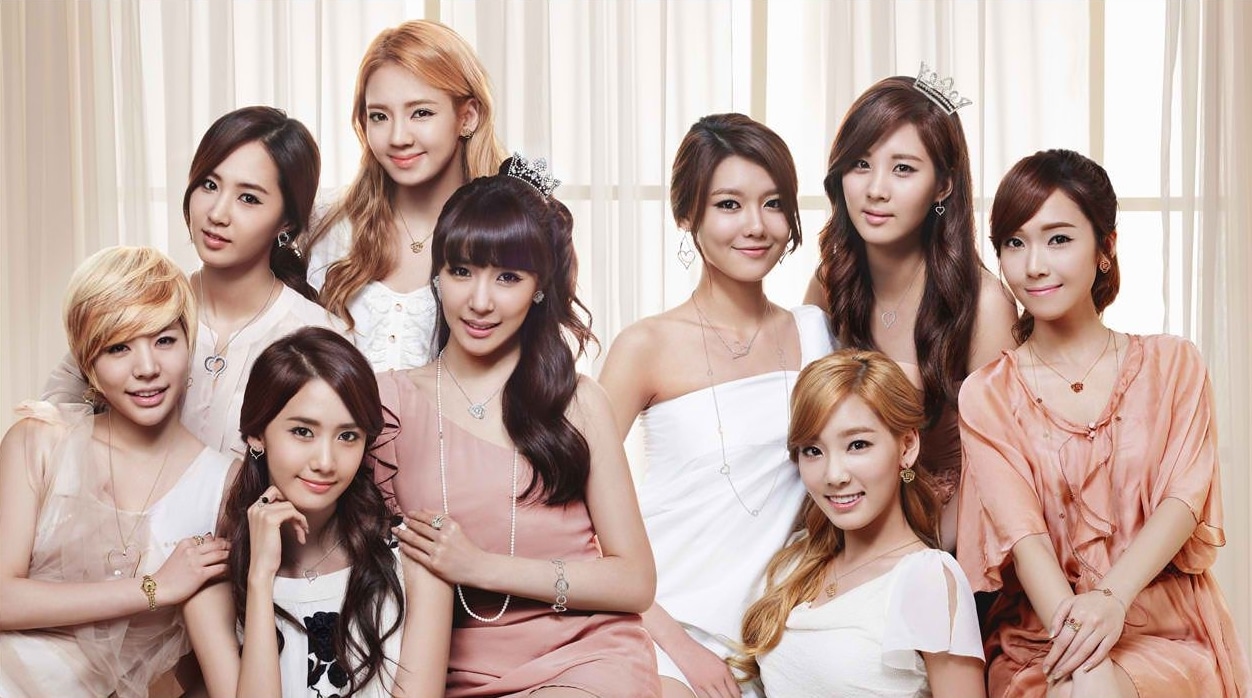 Let us start this article with the hashtag #GIRLPOWER.

The Korean trend has been taking up the racks for the past decade not only with groups of handsome boys, but also these gorgeous women that make up girl groups. With the likes of BTS, GOT7, and EXO taking up the world with a storm, leave it to our girls to give it their all and match up to them.

What is a Girl Group?

A girl group or girl band is a popular kind of performer that is composed of girls that usually harmonizes with each other. For a girl group to work, they usually have such complementing talents that mix each other well to form such great music. Girl groups are such widely accepted concepts with a lot of European and American girl groups filling up our worlds (and history) such as Destiny’s Child, Spice Girls, Little Mix, Fifth Harmony, and The Pussycat Dolls.

The emergence of Korean girl bands has a very big impact on our music industry and on our lives. Since the year 2009, Hallyu (Korean wave) and K-Pop have become very important in our entertainment industry as they break through from Asia to conquer the world. Girl groups are the number one reason for this as they are the ones that mostly stay on top of the charts. Who would ever forget Wonder Girl’s Nobody, 2NE1’s Fire or Girls Generation’s I Got A Boy? Top Korean girl groups include Girls Generation, 2NE1, f(x), Twice, Red Velvet, Blackpink, and many more. SO many to keep up with! Where can a new fan start?

Luckily for you, we made a list of the Top 10 Korean Girl Groups of 2020. Take a look down below and see if your faves are one of them. 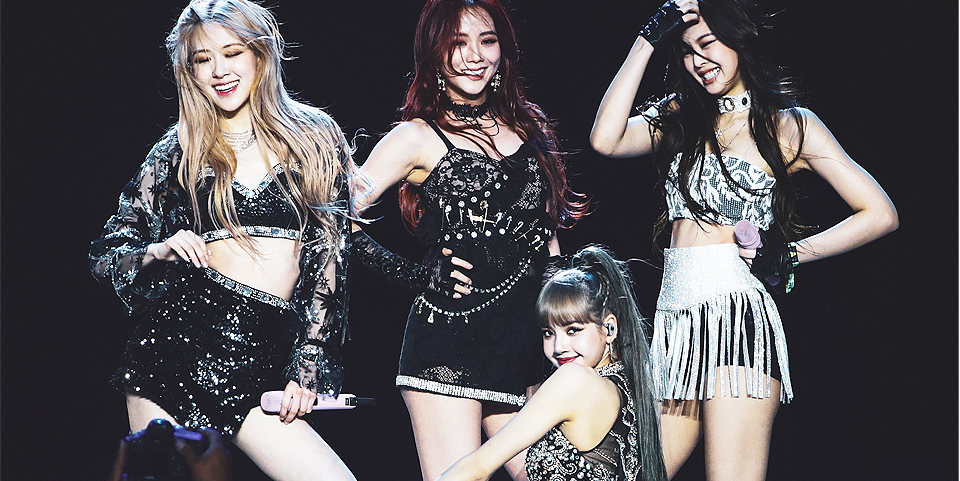 BLACKPINK (BLΛƆKPIИK as styled) is a Korean girl group formed by YG Entertainment in 2016. They made their official debut on August 8, 2016 with their first single album Square One with the lead singles “Boombayah” and “Whistle.” This group is made up of 4 members: Jisoo (the group leader), Rose, Jennie, and Lisa. They have a single album, two extended plays and seven hit singles.

With only a number of songs, it won’t be a problem to memorize it all and to even study the choreography for each of them. They are popular for their edgy type of music with great choreography. They have a lot of hits such as DDu-Du Ddu-Du, Kill This Love, As If It’s Your Last, How You Like That, and Forever Young.

Forbes Korea Power Celebrity has named them as the most influential Korean celebrities in 2019. Their latest hit single “How You Like That’ broke a lot of records including the most-viewed YouTube video in 24 hours as stated by the Guinness World Records. They call their fans BLINKS as a mixture of the words Black and Pink. 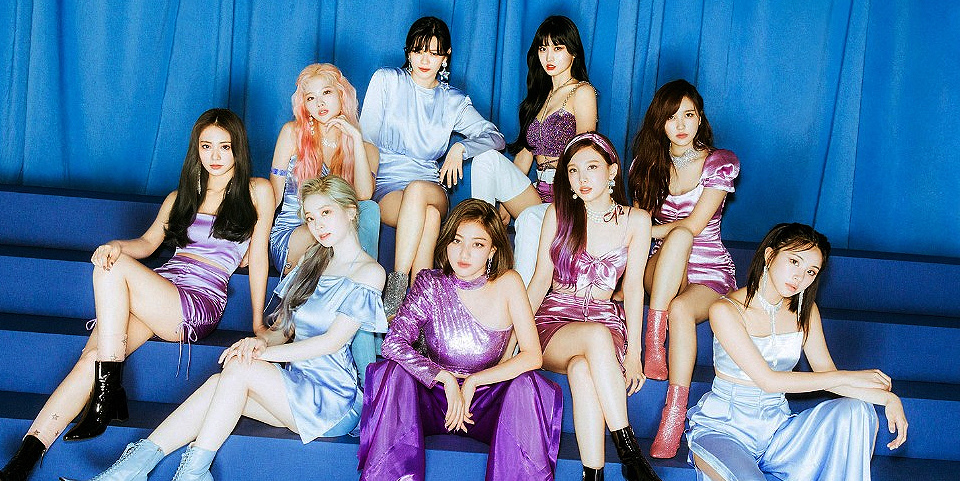 TWICE is a Korean girl group formed by JYP Entertainment in 2015. They were formed by JYP himself on a survival television program called Sixteen. They made their official debut with the song “Like OOH AHH” on October 20, 2015. They rose to fame with their 2016 hit “Cheer Up.”

This group has nine members that are a mix of Japanese, Taiwanese and Koreans. TWICE’s members are Nayeon, Jongyeon, Momo, Sana, Jihyo, Mina, Dahyun, Chaeyoung, and Tzuyu. Momo, Sana, and Mina are Japanese while Tzuyu is Taiwanese. The rest of the members are Korean. The group’s Leader is Jihyo who is also their Main Vocal.

Twice already has a Korean album, two compilation albums, four reissues, nine extended plays, two Japanese albums, and 27 hit singles to date. This gives you a lot of music to choose from if you want to listen to them. They’re described as a girl group that usually has cute concepts (the reason why they have a lot of fanboys) but they’re trying to mix it up with their recent comebacks.

They’re called by Korean media as “The Next Nation’s Girl Group.” In 2019, they were the Best Selling Korean girl group of all time just 3 years after their debut. They’re also the first female K-Pop act to have a Japanese Dome Tour. They have a lot of great songs such as What is Love?, Dance the Night Away, Fancy, Yes or Yes, and TT. Their fans are called ONCE. 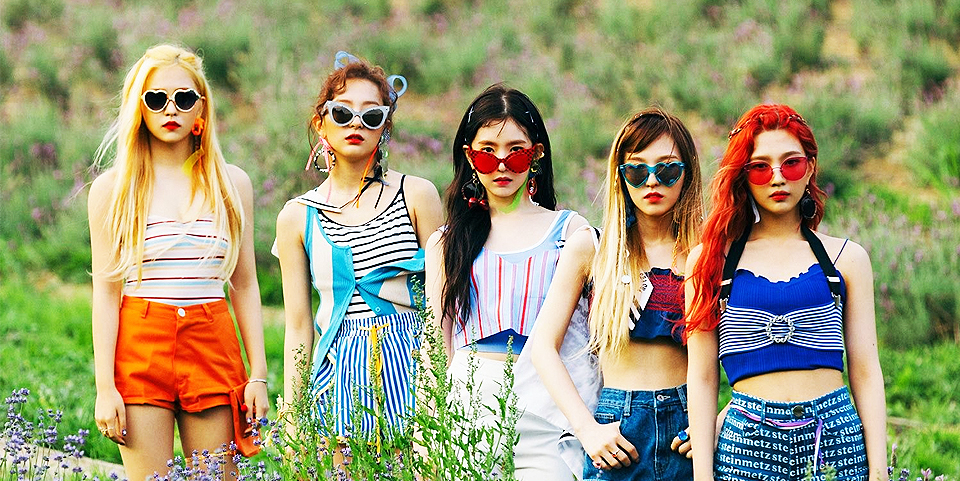 Red Velvet is a Korean Girl Group from SM Entertainment. They made their official debut on August 1, 2014 with their hit single Happiness. Back then there were only 4 members which were Irene (She’s the leader.), Joy, Wendy, and Seulgi. On March 11, 2015, SM Entertainment announced an addition of Yeri to the line-up.

After that, they released their hit single “Ice Cream Cake” which gave them their breakthrough commercial success. This girl group already has two studio albums, 11 extended plays, two reissue albums, and 22 hit singles. A number of choices to be given if you want to listen to a diverse selection of music.

IZE Magazine named Red Velvet as a group of successful female figures that helped transform the “passive image” of South Korean women. Red Velvet has a lot of hit singles such as Russian Roulette, Red Flavor, Power Up, Zimzalabim, and Rookie.

They call their fans “ReVeLuv” which has two different meanings. The first one being literal that fans love Red Velvet and Red Velvet loves their fans. The other one is that the word “Reve” means dream in French so ReVeLuv means they helped Red Velvet achieve their dreams. 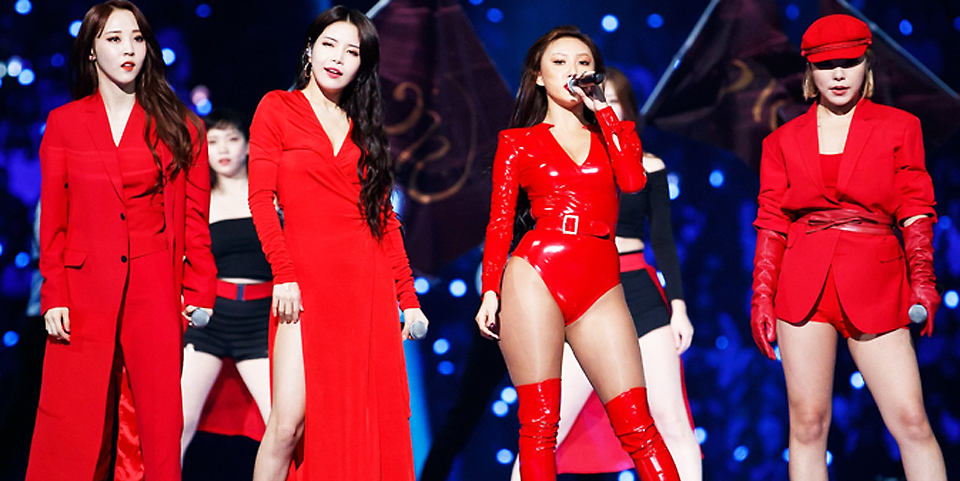 MAMAMOO is a Korean girl group put together by RBW (Formerly known as WA Entertainment) in 2014. They made their official debut on June 18, 2014 with their debut single “Mr. Ambiguous” which was considered as one of the greatest debuts in K-Pop.

This group has 4 very talented members named Moonbyul, Solar, Wheein, and Hwasa. MAMAMOO already has two Korean albums, a Japanese album, nine extended plays, and 18 singles. All of their songs are very well-received by Koreans, and by you too. They have really catchy songs and strong, powerful vocals. Their music is defined as a mix of retro, jazz, and R&B concepts and they’re widely recognized for their strong vocal performances.

They have a lot of hits such as Egotistic, Paint Me, Decalcomanie, Starry Night, and Wind Flower. Their fans are called “MooMoos.”

GFRIEND is a Korean girl group formed in 2015 by Source Music. They made their official debut on January 15, 2015 with their extended play Season of Glass. The group members are Sowon, Eunha, Yerin, SinB, Umji, and Yuju.

They have kept a very good, rising momentum since their debut even though they came from a small company. GFriend already released 3 full length albums, a compilation album, a repackaged album, nine extended plays and 17 singles. That’s a fair amount of music to pick one from to get you started with GFriend.

Their music has a sweet vibe with them and they also have a bit of a cute concept to add to that. They have numerous hits such as Glass Bead, Rough, Navillera, Me Gustas Tu, and Summer Rain.

Their fans are called BUDDY. 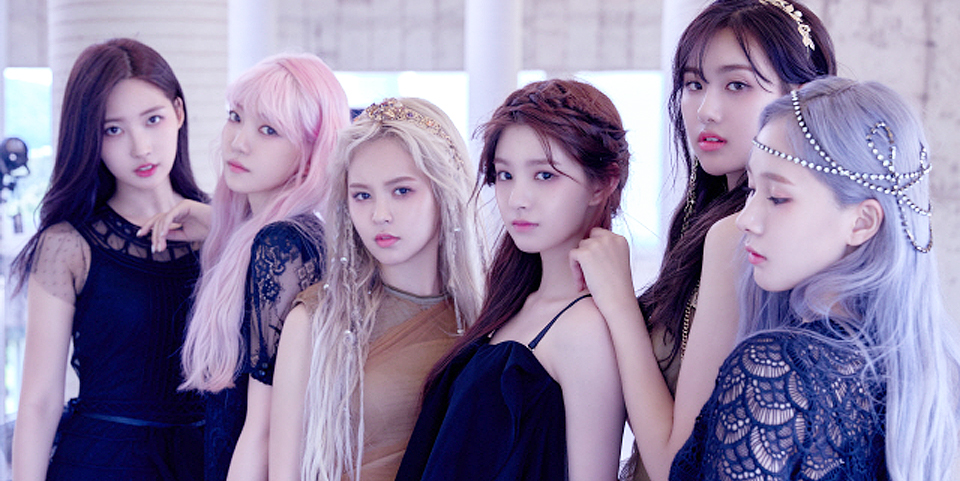 Everglow is a Korean girl group under Yuehua Entertainment. They officially debuted on March 18, 2019 with the single “Bon Bon Chocolat” from their single album Arrival of Everglow.

This group has 6 members: Sihyeon, Onda, E:U, Yiren, Mia, and Aisha. The group’s leader is E:U. The group currently has 2 single albums and an extended play. They also have three hit singles: Bon Bon Chocolat, Adios, and Dun Dun.

They go on a very feminine touch of music with sweet pop. They also have a pure and cute kind of concept.

They call their fans “FOREVER.” They gave their fans that name because they want to be with their fans forever. 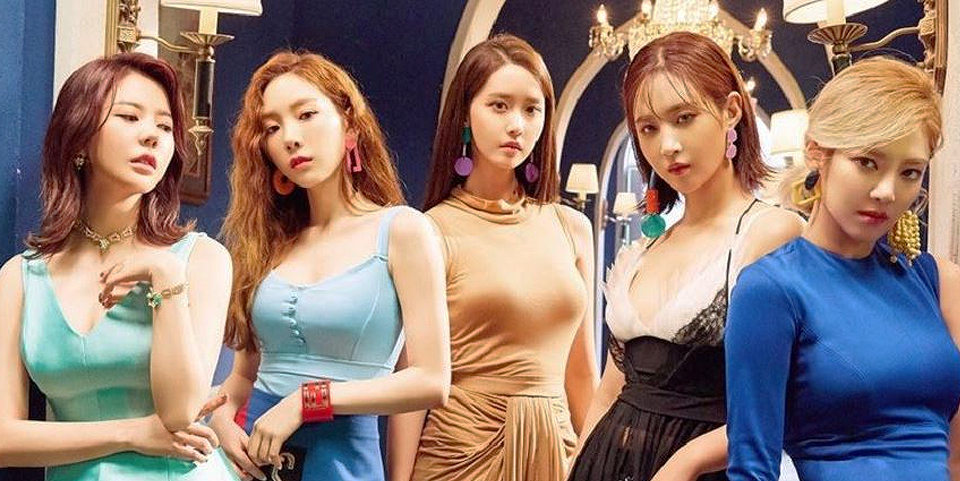 Oh! GG is the second subunit of Korean girl group Girls’ Generation. They are formed by the same company, SM Entertainment in 2018. They made their official debut with their single “Lil’ Touch” on September 5, 2018.

This group is made up of the remaining Girls’ Generation members in SM Entertainment. The members are Yuri, Yuna, Hyoyeon, Sunny, and Taeyeon.

By far, they’ve only released Lil’ Touch and a b-side track called Fermata as well as their instrumentals. SONEs, do not worry, on July 5, Girls’ Generation’s Facebook page changed their cover photo, so keep posted you guys! 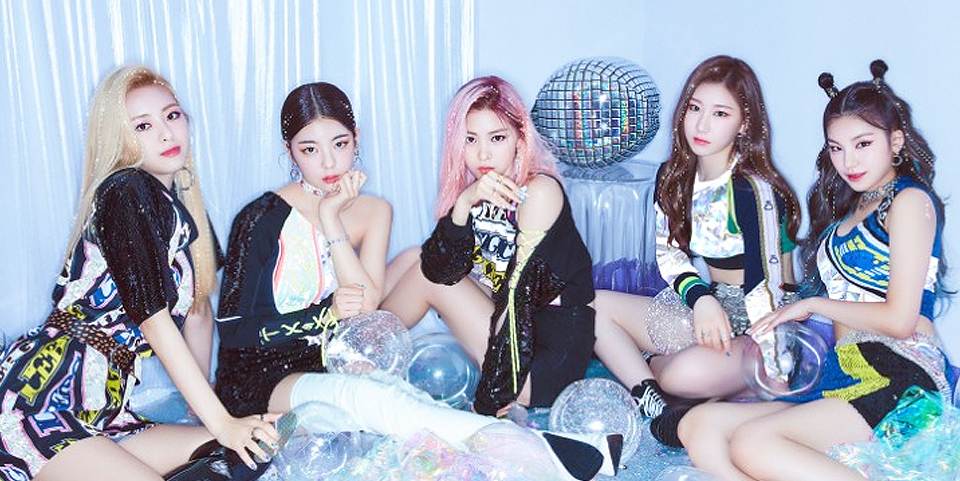 Itzy is a Korean girl group formed in 2019 by JYP Entertainment. They made their first official debut on February 11, 2019 with their hit song Dalla Dalla. ITZY has 5 members namely Ryujin, Lia, Chaeryoung, Yuna, and Yeji which is their leader.

They are JYP’s next girl group since Twice back in 2015. Although they’ve only been a group for a year, they already have 2 extended plays and 3 hit singles. I’m pretty sure that at some point, you’ve already heard of Dalla Dalla, Icy, or Wannabe. They’re the three hit singles of ITZY that earned them their Best New Female Artist awards at the 2019 Melon Music Awards and 2019 MNet Asian Music Awards.

They went for a more edgy kind of music than their labelmates Twice which gave them a fresh sound. Not to mention that they’re still very young with their oldest member (Yeji) is just 20 years old and the youngest (Yuna) is 16. Their fans are called Midzy. 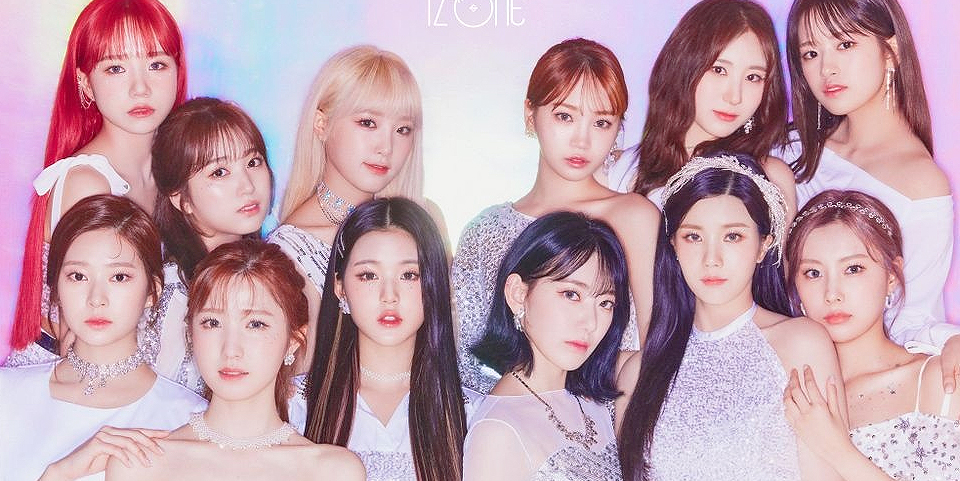 Iz*one is a Korean-Japanese girl group that was formed in the MNet reality competition program called Produce 48. This group is handled by Off the Record and Swing Entertainment. They made their first official debut with their extended play entitled Color*Iz on October 29, 2018. The group immediately received commercial success with their debut single La Vie En Rose.

Since their debut over a year ago, Iz*one has already released a studio album, 3 Korean extended plays, 3 Japanese extended plays, and 7 hit singles (3 of them are Korean songs).

If you want diverse music and you’re also into J-Pop, Iz*one is something you need to listen to. Their talents are very much showcased in their music. If you ever want to be called WIZ*ONE, then start streaming their music now. 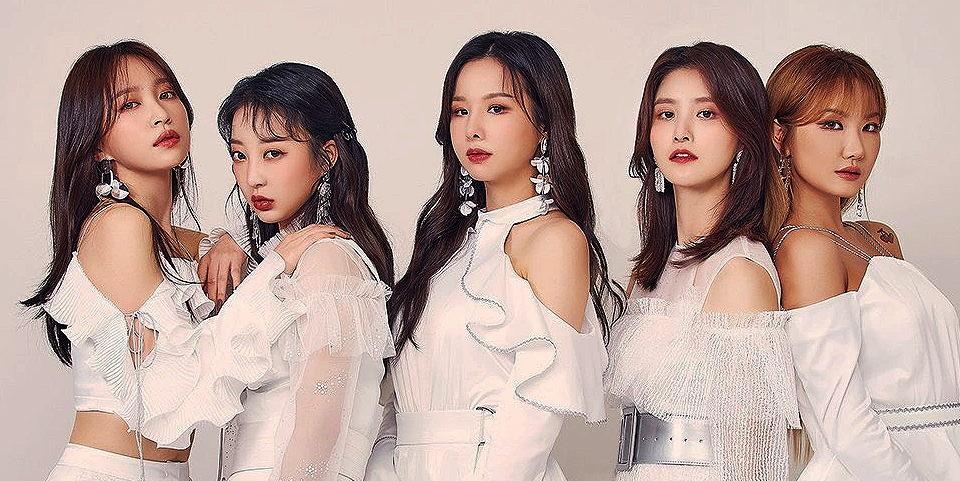 EXID is a Korean girl group formed way back in 2012 by AB Entertainment. The group consists of 5 members: Hyejin, LE, Jeonghwa, Solji, and Hani. They were all scouted by producer Shinsadong Tiger and AB Entertainment while they were still trainees at JYP Entertainment. They were originally named “WT” as in What’s That? but they changed their name to EXID months before their debut.

They finally made their official debut on February 3, 2012 with their single “Whoz That Girl.” The group received an unexpected rise to fame with their song “Up and Down” because of a fan’s recording of their live performance.

As of this date, EXID already released 2 studio albums, 5 extended plays, and 21 singles. The group was placed on an indefinite hiatus by the end of last year but now, all members have decided to leave their agency, Banana Culture. But don’t worry LEGOs, there’s still a big chance that these girls will get together soon. 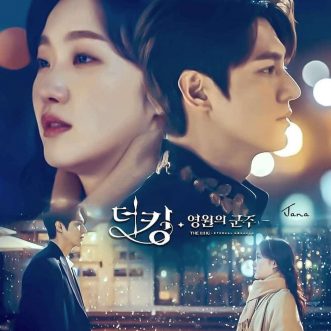 Our Favorite K-Dramas of 2019-2020
We use cookies to ensure that we give you the best experience on our website. If you continue to use this site we will assume that you are happy with it.OkPrivacy policy